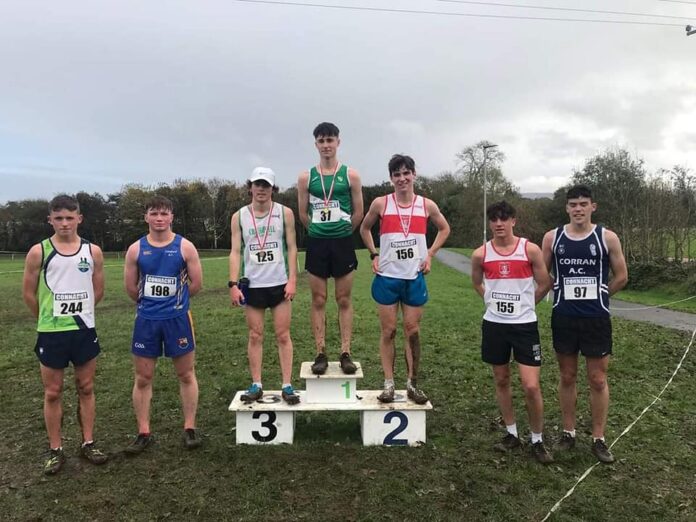 Results of the Connacht Cross Country for Senior/Novice/Masters & Juvenile Even Ages thanks to Connacht Athletic.

Ellen Moran continued her stellar season when she was first home in the Senior Women category, while David Bohan ran superby again to be the second-placed Novice male. Olive Gleeson & Niamh Hennelly were a very impressive 1st & 3rd respectively in their 35+ Masters category.

GCH’s top placed under 18 performers were William McDonnell (2nd) and Isabella Burke (3rd), while Eoin Killeen (4th) & Ella O’Connor (8th) placed in the top 10. Well done to the organisers on a very well-rated event with great feedback from far & wide.

The following is a list of the participants from the club & finishing positions:

In the younger Juvenile age categories, the following competed:

Emily & Lauren were scoring members of the Galway team that won team gold.

Oisin was a scoring member of the Galway team that won gold in the team competition.

Caitlin was a scoring member of the Galway County team that finished 2nd.

Congrats to our fellow Galway Athletics clubs who delivered many memorable performances across the programme. It is always a very nice feature of Connacht & National Cross Country that Galway athletes get to compete together as a team.