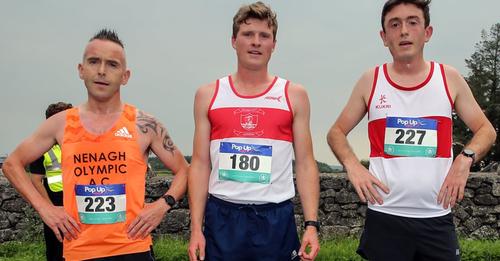 David Carter won for GCH in 16.09, with Gary Scully of Nenagh second in 16.29 and David Bohan also of GCH came home third in 16.34, First lady home was Aine Kenny of Crusaders in 20 minutes flat, ahead of Monika De Almeida and Lisa McGrath of Ennis Track.

There will be plenty of events taking place over the coming months with the return to open road races and cross-country fixtures in Galway and nationally. First up is the Castlegar AC sponsored Cross Country event, which takes place in the Racecourse in Ballybrit on Saturday 18th September next . 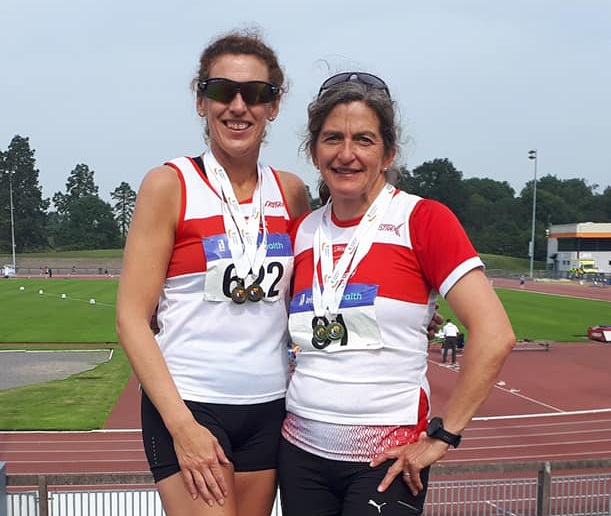 GCH enjoyed a fantastic day out at the National Masters Championships in Santry today. There will be more photos & details to follow, possibly a few amendments too, but here is a summary of what we know now that the dust has settled on a superb return to the kind of days out we are in the sport for!

Amazingly, we finished the day with medals in all 4 of the relays, with a Gold in a quality 4x400m women’s race one of the highlights of the day. The Women also earned silver in their 4×100 while the men chipped in with a great 2nd in their 4x400m category and bronze in the 4x100m.Relay runners included Karen, Kathryn, Linda, Niamh & Sinead in Women’s and Jim, Ronan & Gerry, Peter & Eoin…full teams for each of the four medalling teams to be confirmed later!

We also had 13 individual medals across the day, with Linda Nally’s double gold in the 100/200 sprints a notable highlight and further National titles for Martin McEvilly, Deirdre McRae, Kathryn Casserly & Sinead Foran.

Richard O’Hanlon 2nd discus 28.42 as well as second in shot.

Just outside the medals were:

Thanks to everyone who sent photos & to Mags who made this post so much quicker by gathering the results nice & early!

More detail & possible amendments to follow – but congrats to all who took part on a really wonderful day for the club. 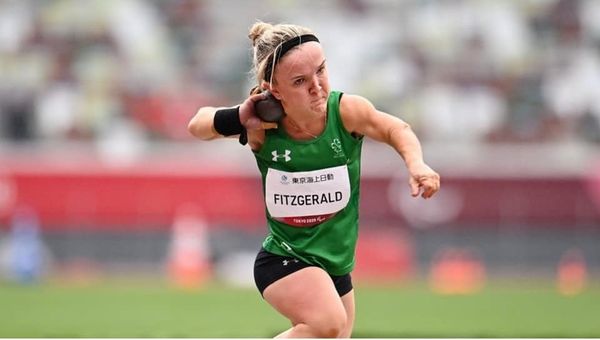 Congrats to two track & field athletes in action earlier at the Paralympics in Tokyo;

Mary Fitzgerald was a hugely impressive 6th in the F40 Shot Putt and has a bright future ahead of her as this was her debut Games.

On the other side of the experience spectrum, Michael McKillop has nothing more to prove at this level, with 4 Golds over his career; he bowed out in a creditable 8th place over the T38 1500m which was a more difficult task compared to the T37 category he ran in before.

Elsewhere, best of luck to GCH athletes in action at the National Masters Championships tomorrow and to the impressive contingent from the county who are also competing. 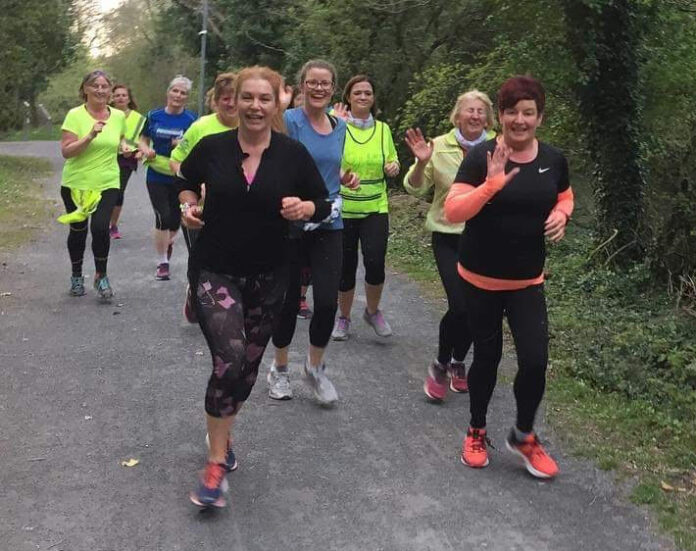 How to join Fit4Life 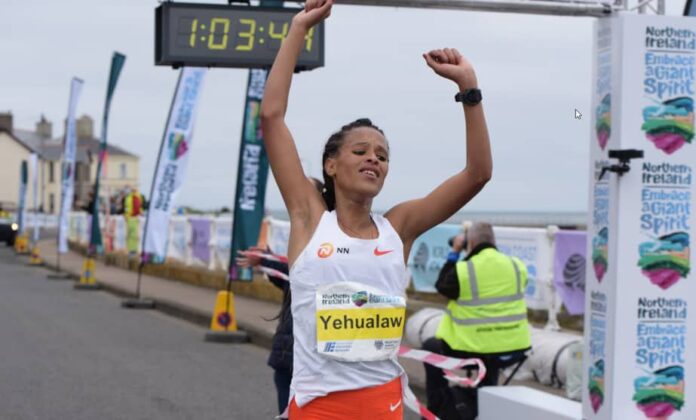 Yalemzerf Yehualaw ran Northern Ireland’s Antrim Coast Half Marathon in 63:43 this weekend, smashing the women’s half-marathon record. The 22-year-old slashed 19 seconds off the previous time set by Ruth Chepngetich at the N Kolay Istanbul Half Marathon in April this year. 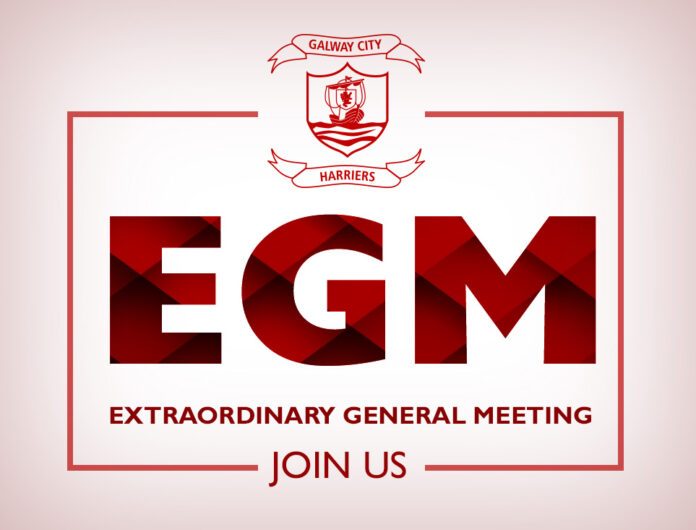 To attend the GCH Extra Ordinary General Meeting on Wednesday 1st September at 8pm eligible members and parents need register their intention to attend on Eventbrite before 4pm on the day of the meeting.

This is to facilitate the Committee ensuring that all attendees are registered members/parents for 2021 and are eligible to vote at the meeting.

Zoom link will be send to eligible members via Eventbrite on Wednesday after the 4pm deadline has passed. Details of voting rights have been circulated to members. 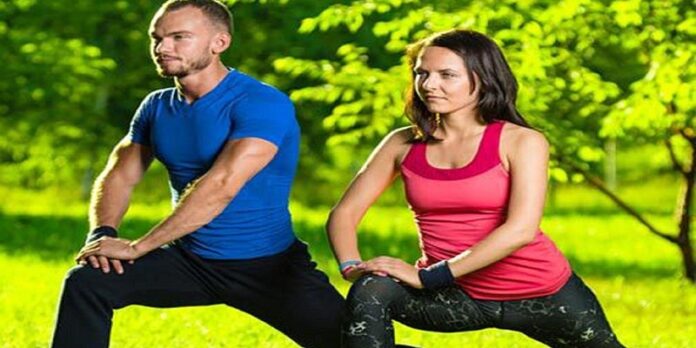 New Block of Strength & Conditioning Sessions with David Fitzpatrick – Monday 30th of August to Monday the 27th of September.

The block is 5 weeks long and will consist of only Monday sessions. However, it is not necessary to do all 5 weeks. There are are ticket sales for either individual days or for the entire block.

These sessions are open to anyone, not just runners, but the sessions will be tailored towards getting stronger, more robust for running and exercising and general injury prevention. If you own or have access to equipment then great bring it along. If not do not worry just bring with you anything at all you can that can add an extra challenge to the workout. Examples of this could be a bag pack full of clothes or books or a mixture, a bag of potatoes etc. 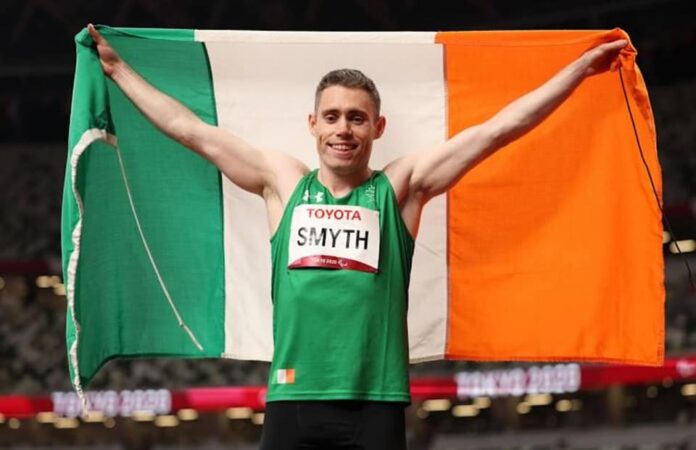 Massive congratulations to Jason Smyth on his Gold medal winning performance over 100m in this morning’s Paralympics session in Tokyo. Jason has won everything that can be won including the World Record but today was a particularly impressive performance with a battle right to the line against an in-form Algerian sprinter, Athrami, who set a new African record of 10.54s in second (see photo-finish attached). Both men are pictured in a sporting embrace below.

Incredibly, this was Jason’s 6th gold at the Paralympics in a glittering career. Following Tyrone’s win yesterday, it’s been a terrific weekend for Ulster! Also in action this morning, Kerryman Jordan Lee had done great to qualify for Tokyo in the High Jump and cleared a good opening height before bowing out in a high-quality final.Well done to both Jason & Jordan on bringing such pride to their country. 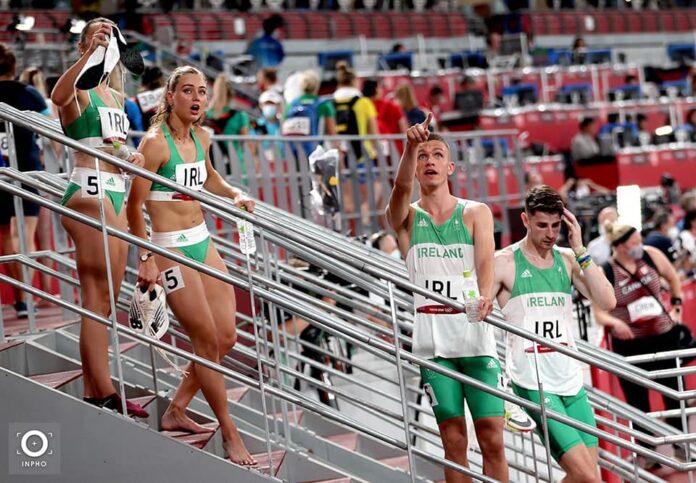 It’s a brilliant 8th place for Ireland in a truly world-class 4x400m Mixed Relay final at the Tokyo Olympics.

It was another terrific 1st leg by Cillín; the team & squad can be immensely proud of themselves & the joy they have given us this past week. It’s a young squad with many more great experiences like this ahead of them.

Congrats also to the Polish team on their superb win in the 9-team contest.

Thank you so much Cillín & Rob for these golden memories that we will treasure forever: GCH & Galway are so proud of you!! In this unusual year you gave your club, County & province an extra-appreciated lift!!

You have etched your names in GCH history alongside the names of JJ Daly (1904) and Paul Donovan (1992) in representing club & country at the highest level in the sport.

We look forward to giving you the hero’s welcome you & your wonderful team richly deserve!

Personal Bests in Santry at the AAI Games 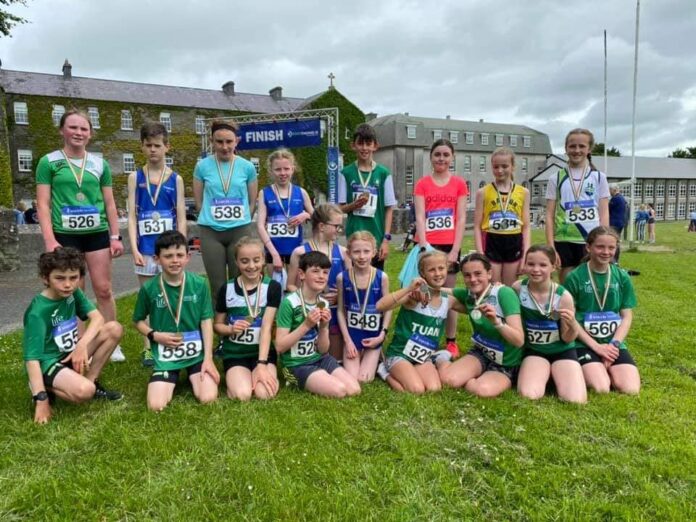 Several Galway City Harriers juveniles & juniors were in action in Santry at the AAI Games over the weekend.

Nicole Quirke improved her Connacht Juniors time in the 200m with 26.52s.

Some under 20s also competed as follows:

And on the continent, there was the not-so-insignificant matter of Cillín Greene knocking a decent chunk off his 400m PB and club record with a sensational 46.18s. Huge congrats to Cillín!!

Closer to home in Tuam, GCH had a late entrant in the National Race-walking Championsips in Caoimhe Phelan who recorded a fine time of 6:11 for the 1km race. This sets a new outdoor club record for the event. Under 15 Caitlin Podmore holds the clubs Indoor record for the same event.Congrats to Caoimhe’s former club on their very successful hosting of this big event.If other members of the club wish to try racewalking going forward they should advise their coach and some coaching could be arranged if numbers sufficient.

Next weekend we have the National U20 and U23 Championship to look forward to. Best of luck to all competing.

August 30, 2021
EGM being held to obtain members approval to change from current Club structure to new Company limited by Guarantee To attend the GCH Extra Ordinary...

August 30, 2021
New Block of Strength & Conditioning Sessions with David Fitzpatrick - Monday 30th of August to Monday the 27th of September. The block is 5...

August 3, 2021
It's a brilliant 8th place for Ireland in a truly world-class 4x400m Mixed Relay final at the Tokyo Olympics. It was another terrific 1st leg...

March 12, 2021
Message from Hamish Adams, CEO Athletics Ireland. We are very conscious that our membership is anxious to return to training and competition when the Government...