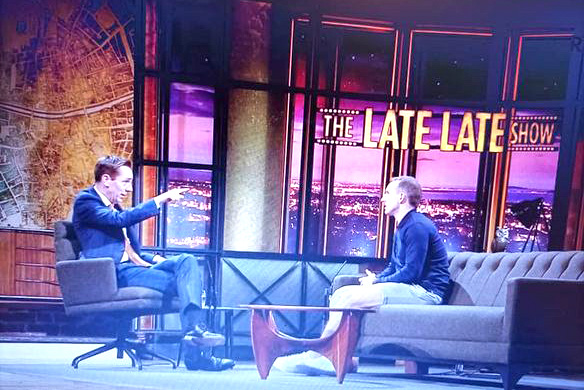 The story of GCH Blade Runner & Paris 2024 hopeful Alex Lee, to feature on TG4 on Wednesday the 18th January, as part of the Misneach series.

In this awards season for the film industry, Sport TG4 TG4 Midas Productions and all the makers of this film surely deserve awards for what is a riveting, deep, heartfelt & wonderfully produced piece.

Full credit to Alex, his family, wife & friends from Brendan Glynn’s sprint group who were the stars; a highly recommended watch that all GCH members should try to see.

Alex Lee saved one of his best performances yet for under the bright lights of RTE, Donnybrook, doing the club so proud when appearing on the iconic Late Late Show.

He presented himself & his story so well. Watched on by his family & a clearly engaged live audience, Alex elaborated on his story as detailed in the TG4 / Midas Productions documentary Misneach aired just two days earlier.
Clearly the screening has made a big impression.

Registration for 2023 now open for new and returning members!

January 16, 2023
GCH Membership is now open for 2023. We would love to welcome back all our members who have registered with us over the past...

January 15, 2023
Looking forward to celebrating the Club’s members and achievements on Sunday 29th January. Dinner and chats. All members welcome to come and meet everyone. This...

January 14, 2023
Bank Holiday Monday 6th February 10.30am. Entry €25 Runners get a medal and a beanie Register for Mini Marathon Please note this is a women’s only event. This...